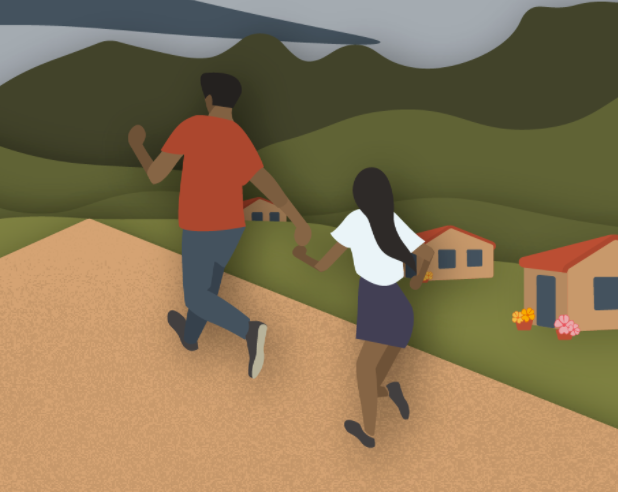 Boys and girls talked about the learning concepts that impacted their life outlook and their decision making processes. For example, Xiomara, an 11th grade female student, shared how she  changed her mind about eloping with her boyfriend:

Interviewer: Can you tell me about something specific that you might say changed after studying these workbooks?

Interviewer: Tell me about this process, what things made you change your mind?

Xiomara: So many things, the workbooks included some dramas, some case studies including one of a girl who decided to marry and she did not like it and that is not worth it.

Interviewer: So, you got scared?

Xiomara: Yes, I do not want anyone telling me I cannot go out. I like my freedom.

Interviewer: Do you think you did the right thing?

Xiomara: Yes. I did the right thing. In my house I have everything I need.

Interviewer: Do you think you would have eloped if you had not studied these workbooks?

Xiomara: I would probably have; I am not sure.

A teacher reported that one of his students, who we will call Rosa, was thinking about getting

married, but after being exposed to HEY!’s curriculum, she changed her mind:

Tutor (M): One of my students told me that she had plans to drop out. When I asked her why [she was thinking of dropping out], she said “I have too many problems at home. They are not helping me economically to pay for my education expenses so I think I will marry or I will go to San Pedro Sula to work”. So I told her “you should think about it because I do not think that what you are planning to do will make your situation better. In fact, it might make it worse”. After the workbooks came [to our school], she was one of the students that was involved the most in this project. Afterwards, she told me, “I will not drop out, I will see how I can get a part time job in the area so I can buy the books for school, I will keep studying”. The day we finished implementing the workbooks she posted on Facebook the things she had learned and how what she learned had changed her.

HEY! recognizes the complexity of the social and economic environment in which adolescents’ lives are embedded. For this reason, HEY!’s goal is to provide an educational context where students can empower themselves to push the constraints imposed by their environment, inform adolescents’ decision-making processes, and challenge false beliefs connected to CM. The case of Xiomara for example, suggests that the content in the workbooks provided her with social images that informed her decision-making process. Xiomara reported not wanting to experience the consequences of CM as depicted in the case studies. On the other hand, the tutor’s account of Rosa’s case suggests that HEY’s curriculum might be helping address the false beliefs that  CM is a good option for when things at home are tense or when the economic circumstances are difficult.